Models are taking part at a show organised for the Theatres des Vampires Goth music group at the Slimelight, an exclusive Goth club in London during a night organised by the Vampyre Connexion, on Saturday, 3 February, 2007, in London, England...The Vampyre Connexion is the largest and most active of all the vampire groups in the United Kingdom, counting more than 100 members that for years have gathered regularly in London to share their common love for vampires and the Dark side of life. The Connexion raised from the hashes of the Vampyre Society, the first vampire appreciation group in 1995. The group believe in the fantasy of vampires and such creatures and live it to the full. Its roots are to be found in the legends of Bram Stokerís Dracula. The group prints its own magazine, ëDark Nightsí featuring drawings, poetry, stories, photography and events. All of the members dress very peculiar clothing, and this is a very important part of the life of the group; it is respected with pride, taste and accuracy for the detail. Most like to dress to be elegant in a range of styles from regency to Victorian, some sew their own. In addition members visit art galleries, cemeteries, churches and cathedrals, attend gigs and concerts, and hold their own parties throughout the year, Halloween being the biggest and scariest one. Membership is open to all, the only qualification: being a love of all things Vampyric. **ItalyOut** 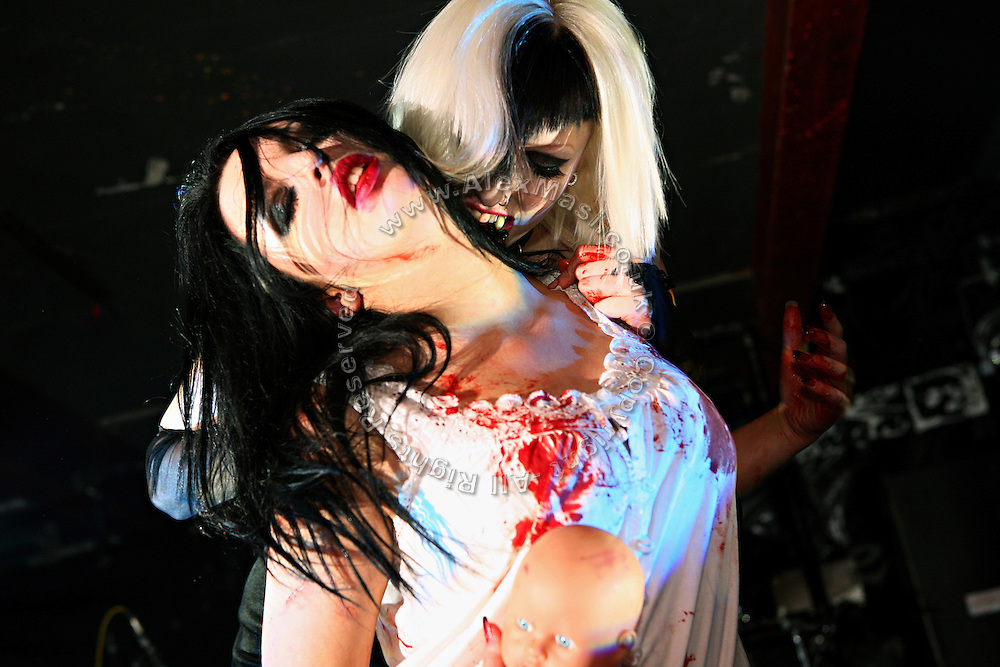