An actor is personifying the judge during a play about English medieval Courts in one of the rooms inside the London Dungeon, England, on Thursday, Oct. 12, 2006. The London Dungeon is a live theatre attraction where visitors are taken by the actors through different areas featuring the darkest parts of British history. Some of the more than 40 exhibits include 'The Great Fire of London', 'Jack the Ripper', 'Judgement Day', 'The Torture Chamber', 'Henry VIII', 'The Tower of London' and 'The French Revolution'. In 2003 a new part opened focused on the Great Plague of 1665. **Italy Out**.. 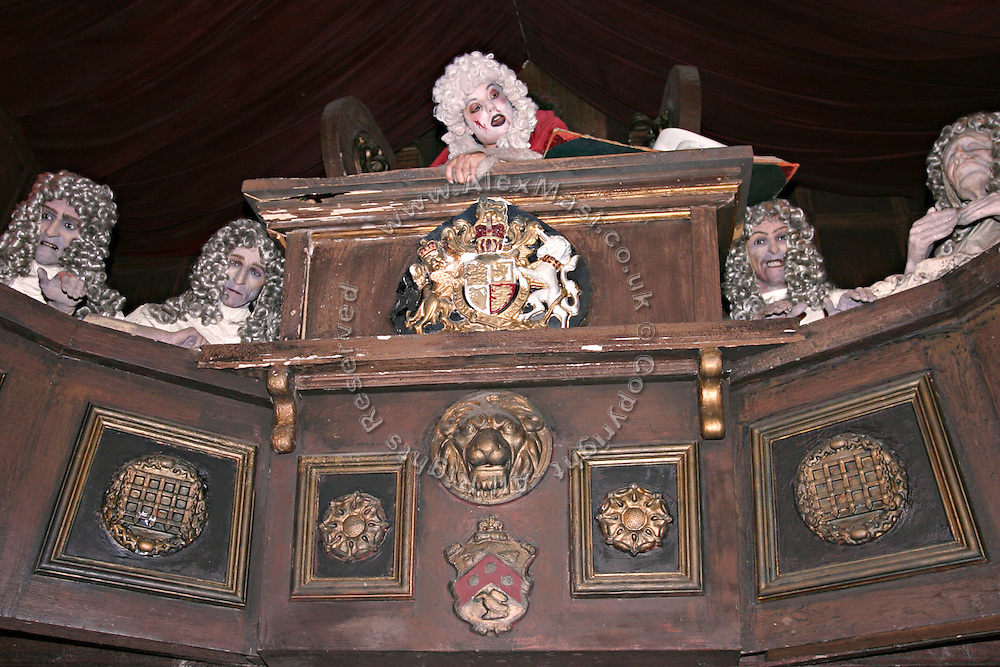