Sabha, 49-year-old Bedouin woman, performing traditional weaving for a local organisation selling traditional work made by Bedouin women in the recognised town of Lakyia. Her mother and grandmother did the same, but her two daughters have jobs as teachers in Israeli schools and have refused to learn. The legacy of traditional weaving in her family will stop with Sabha. She makes 15-20 meters of fabric a month in her spare time, earning around 130 NIS (approx. US 20$) per metre. Lakyia Weaving Project has been thought as a way to emancipate women from their husband and empower local women that would have no money for them, or would have their finances in total control of their husband.. 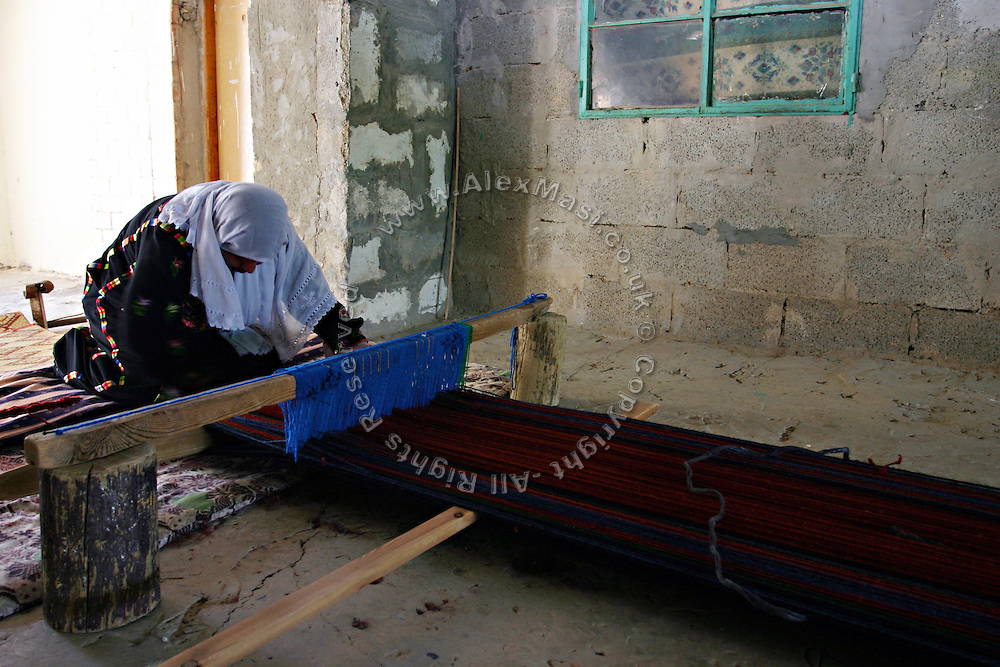