Yaroslav, 10, is playing with some of the parachuted paper rockets he has built, while in the provisional home where he resides with his mother Olga, 36, as internally displaced persons. (IDPs) Yeroslav is taking part to the UNICEF-sponsored One Minute Junior project for internally displaced persons (IDPs), carried out by the local NGO 'Ukrainian Frontiers' in the city of Kharkiv, the country's second-largest, in the east. The conflict between Ukrainian army and Russia-backed separatists nearby, in the Donbass region, have left more than 10000 dead since April 2014, including over 1000 since the shaky Minsk II ceasefire came into effect in February 2015. The approximate number of people displaced by the conflict is 1.4 million as of August 2015. Yeroslav’s mother, Olga, is also a participant to a different project of 'Ukrainian Frontiers', called 'Self-Employment', first as a beneficiary, and now as a paid hotline coordinator for people seeking jobs and formation courses. 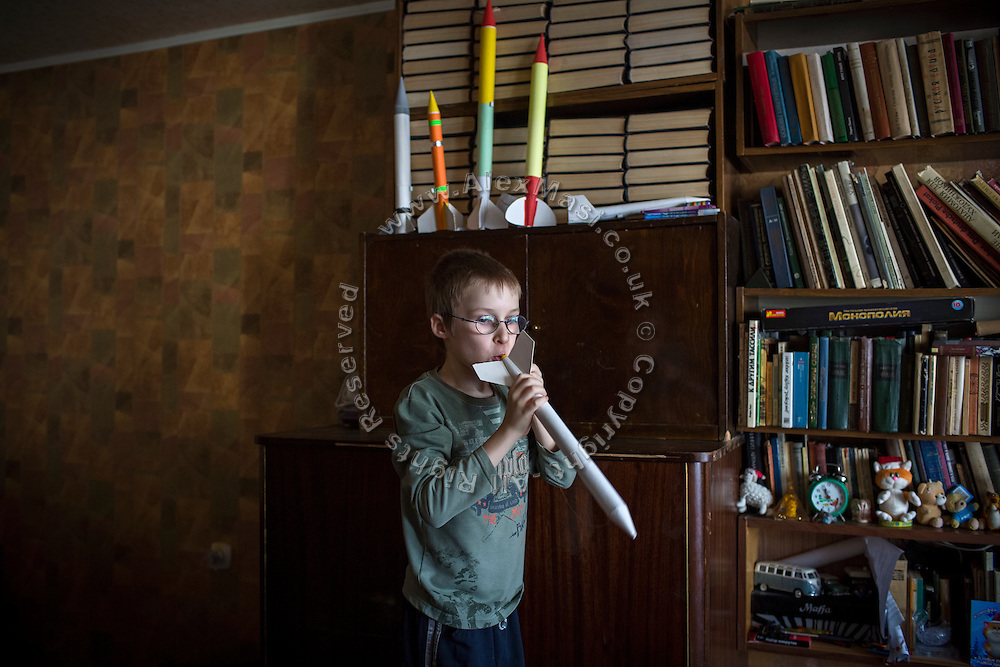