Climate change activists are being challenged by the UK police during a 24 hours mass action in front of the British Airport Association (BAA), close to Heathrow airport to protest against climate change and the expansion plans for the airport on Sunday, Aug. 19, 2007, Heathrow, England. More than 1800 police officers were deployed to counter the activists in their plan to disrupt the BAA activities on the site. Aviation is the fastest growing source of greenhouse gas emissions in the UK, and all our efforts to tackle climate change in other sectors are undone by the massive growth in air travel. Holding the camp at Heathrow aims to highlight the paradoxical government's airport expansion plans, target industry giants profiteering from the climate crisis, and raise awareness about the need to fly less. The camp also support local residents in their long-term struggle against the building of a third runway and the destruction of their communities. Heathrow, the world's busiest international airport, has been the target of Climat Camp campaing in 2007. www.climatecamp.org.uk **Italy Out** .. 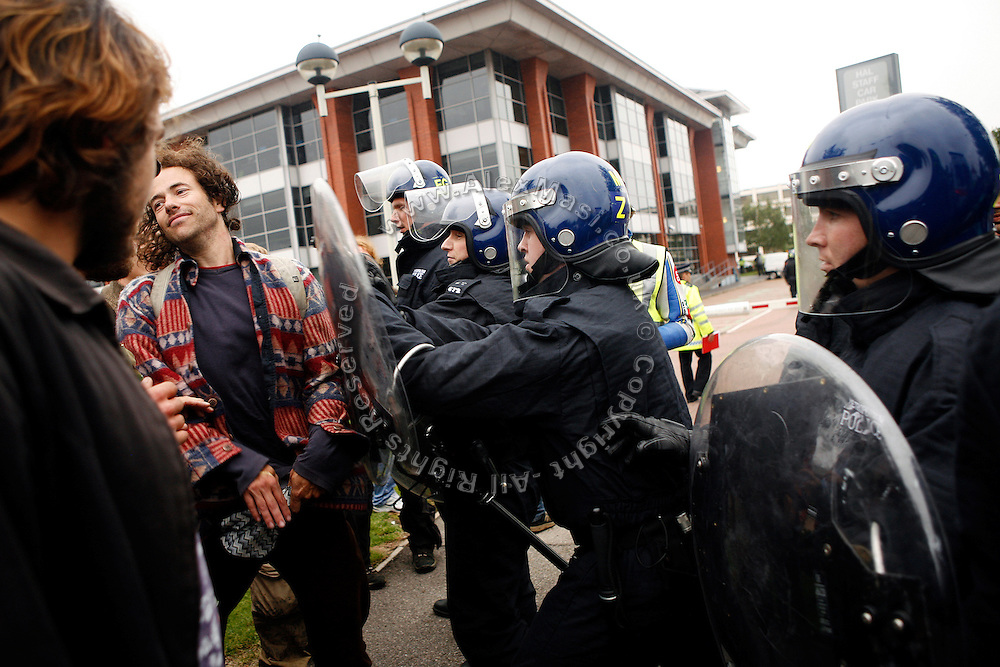