Christian devotees dancing Hip Hop music during a Mass Service at the Hip Hop Church in Harlem, New York, NY., on Thursday, July 6, 2006. A new growing phenomenon in the United States, and in particular in its most multiethnic city, New York, the Hip Hop Church is the meeting point between Hip Hop and Christianity, a place where ?God? is worshipped not according to religious dogmatisms and rules, but where the ?Holy Spirit? is celebrated by the community through young, unique, passionate Hip Hop lyrics. Its mission is to present the Christian Gospel in a setting that appeals to both, those individuals who are confessed Christians, as well as those who are not regularly attending traditional Services, while helping many youngsters from underprivileged neighbourhoods to feel part of a community, to make them feel loved and to help them not to give up when problems arise. The Hip Hop Church is not only forward-thinking but it also has an important impact where life at times can be difficult and deceiving, and where young people can be easily influenced for the worst purposes. At the Hip Hop Church, members are encouraged to sing, dance and express themselves in any way that the ?Spirit of God? moves them. Honours to students who have overcome adversity, community leaders, church leaders and some of the unsung pioneers of Hip Hop are common at this Church. Here, Hip Hop is the culture, while Jesus is the centre. Services are being mainly in Harlem, where many African Americans live; although the Hip Hop Church is not exclusive and people from any ethnic group are happily accepted and involved with as much enthusiasm. Rev. Ferguson, one of its pioneer founders, has developed ?Hip-Hop Homiletics?, a preaching and worship technique designed to reach the children in their language and highlight their sensibilities, while bringing forth Christianity. This ?Keep It Real? evangelism style is the centrepiece of Rev. Ferguson?s ministry, one that speaks the plain language of the 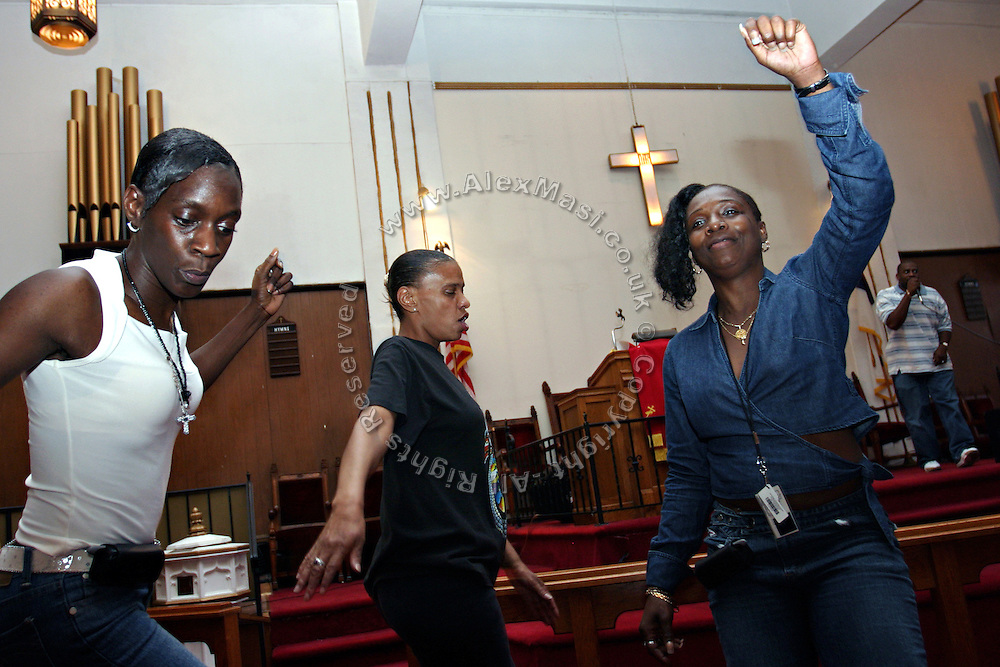