Children are collecting water from a tank delivered weekly from the Uttar Pradesh government on the streets of Jaibheem Nagar, pop. 10000, a large slum located near the banks of the Kali river (East), Meerut District, Uttar Pradesh, India, on Saturday, Mar. 15, 2008. Although 2-3 similar tanks of water are provided weekly many villagers lament that they are not enough for the large population of the slum and normally run dry after the first two days, leaving no alternative to many of the inhabitants than drinking the contaminated water delivered by their private hand-pumps or collect safer water from 2-3 kilometres away. 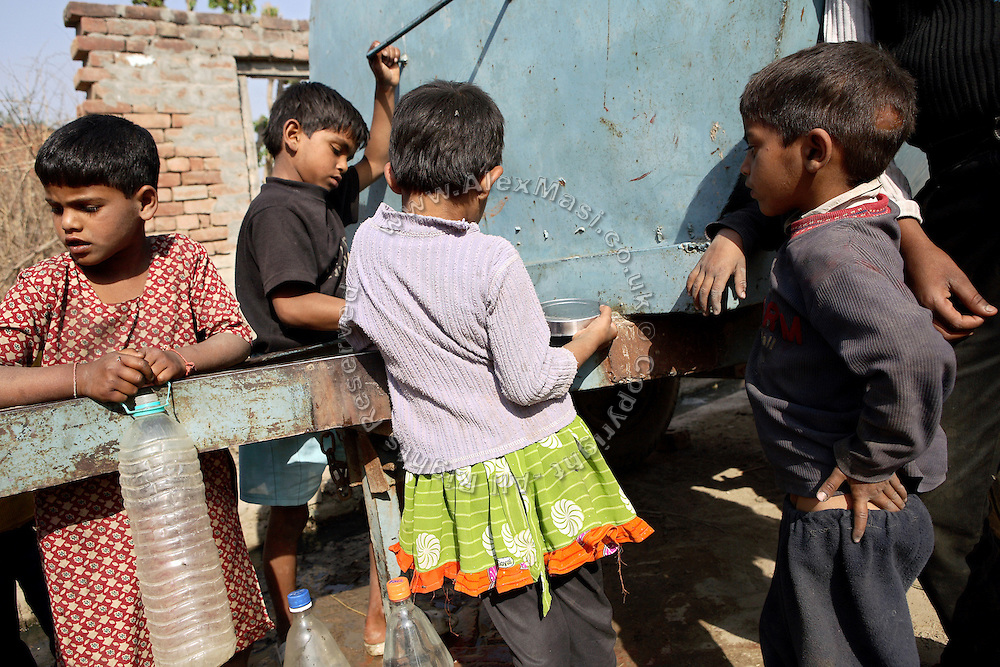