A family home in the slum surrounding Firozabad, renowned as the 'glass city', in Uttar Pradesh, northern India, has been transformed into a small-scale workshop where young girls are decorating the bracelets produced in factories nearby. Due to extreme poverty, over 20.000 young children are employed to complete the bracelets produced in the industrial units. This area is considered to be one of the highest concentrations of child labour on the planet. Forced to work to support their disadvantaged families, children as young as five are paid between 30-40 Indian Rupees (approx. 0.50 EUR) for eight or more hours of work daily. Most of these children are not able to receive an education and are easily prey of the labour-poverty cycle which has already enslaved their families to a life of exploitation. Children have to sit in crouched positions, use solvents, glues, kerosene and various other dangerous materials while breathing toxic fumes and spending most time of the day in dark, harmful environments. As for India's Child Labour Act of 1986, children under 14 are banned from working in industries deemed 'hazardous' but the rules are widely flouted, and prosecutions, when they happen at all, get bogged down in courts for lengthy periods. A ban on child labour without creating alternative opportunities for the local population is the central problem to the Indian Government's approach to the social issue affecting over 50 million children nationwide. 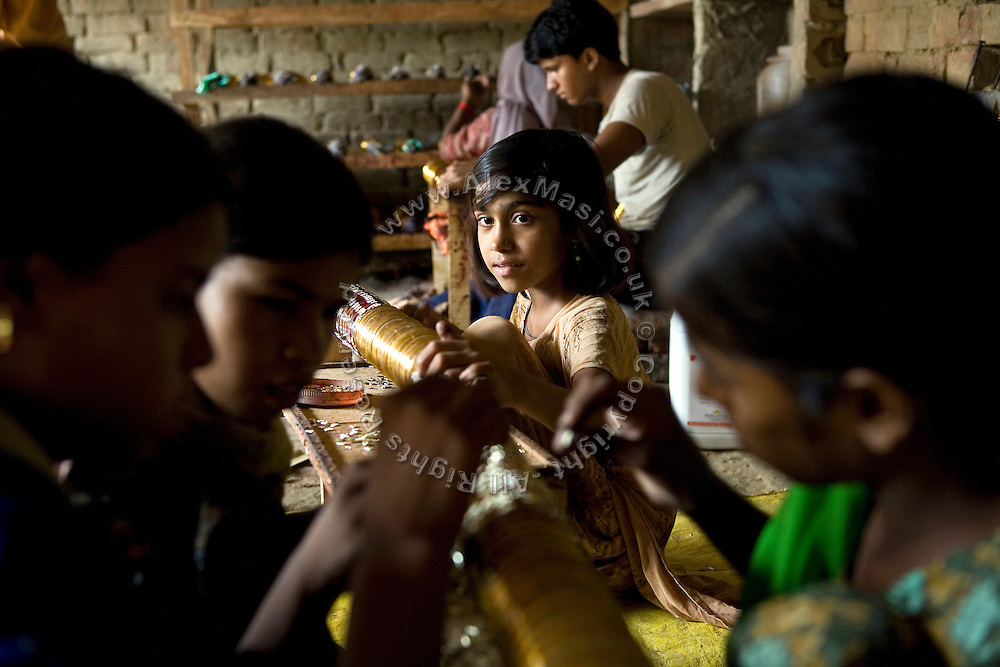