Detail of the leather jacket worn by a member of the Patriot Guard Riders standing in front of the Bedsford Central Presbyterian church, while awaiting the passage of LCpl. Nicholas J. Whyteís coffin, in Brooklyn, New York, NY., on Friday, June 30, 2006. LCpl. Nicholas J. Whyte, a 21-year-old American serviceman died on June 21, 2006, while conducting combat operations in Al Anbar province, Iraq. The Patriot Guard Riders is a diverse amalgamation of riders from across the United States of America. Besides a passion for motorcycling, they all have in common an unwavering respect for those who risk their lives for the country's freedom and security. They are an American patriotic group, mainly but not only, composed by veterans from all over the United States. They work in unison, calling upon tens of different motorcycle groups, connected by an internet-based web where each of them can find out where and when a 'Mission' is called upon, and have the chance to take part. This way, the Patriot Guard Riders can cover the whole of the United States without having to ride from town to town but, by organising into different State Groups, each with its own State Captain, they are still able to maintain strictly firm guidelines, and to honour the same basic principles that moves the group from the its inception. The main aim of the Patriot Guard Riders is to attend the funeral services of fallen American servicemen, defined as 'Heroes' by the group, as invited guests of the family. These so-called 'Missions' they undertake have two basic objectives in particular: to show their sincere respect for the US 'Fallen Heroes', their families, and their communities, and to shield the mourners from interruptions created by any group of protestors. Additionally the Patriot Guard Riders provide support to the veteran community and their families, in collaboration with the other veteran service organizations already working in the field. **ITALY OUT** 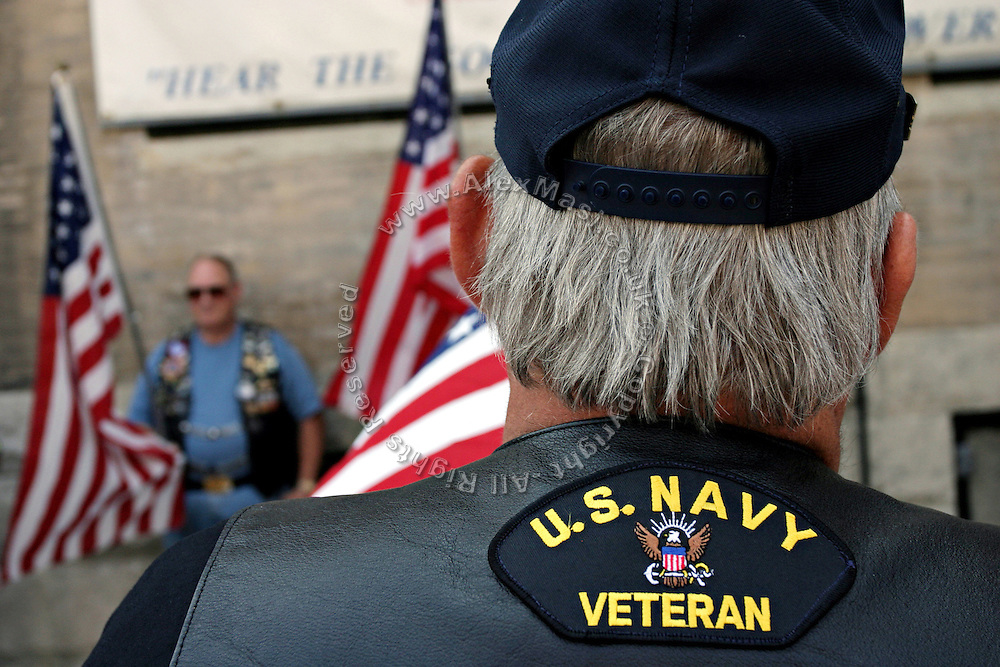