Ross Caputi, 27, is sitting in his living room in.Lunenburg, MA, USA, near Boston, where just completed a course in linguistics from Boston University. He shares his home with his wife Dahlia Wasfi, 40, whose father is Iraqi. Ross was a radio operator for his company in Fallujah in 2004, during the battles. After leaving the Marines, he turned to anti-war activism. Ross runs a project called 'Justice for Fallujah', which aims at raising awareness about the problems in Fallujah since the 2004 US-led battles, and about the wrongs of war, after having witnessed them first-person as a soldier in Iraq. 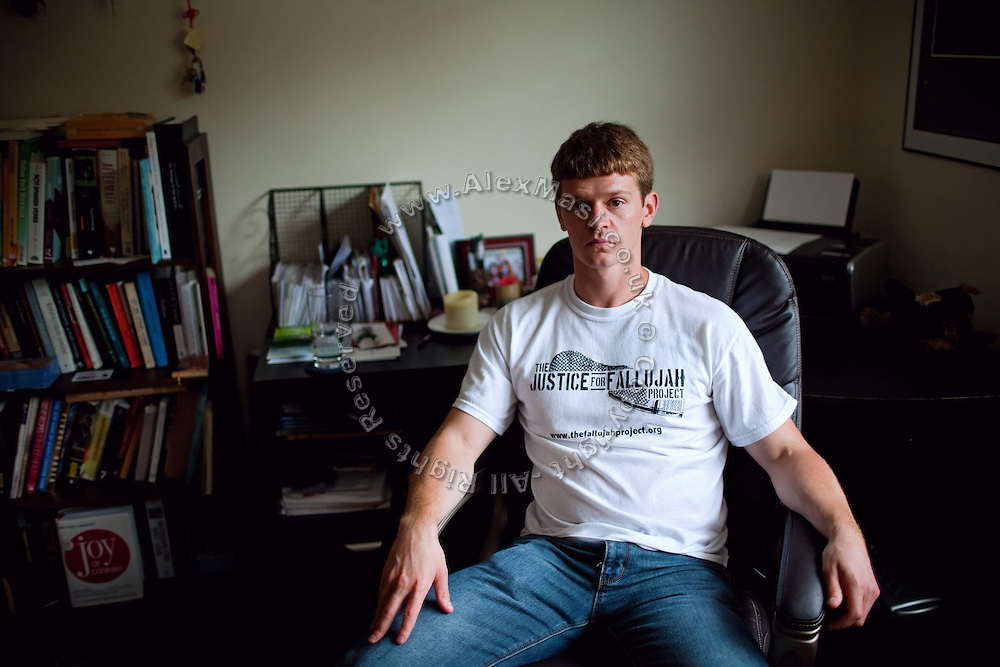