Members of the Credendari (one of the groups fighting from a horse-van, and symbolising the guards of Count Ranieri) are engaged in an open fight during The Battle of the Oranges in Gioberti Square, Ivrea, pop. 30.000. During the days of the Carnival, the town becomes crammed with tourists coming to witness the event which finds its roots at the end of the XII Century, when the people led an insurrection against the local tyrant, Count Ranieri of Biandrate, who was exercising the 'jus primae noctis' rule (having the first night) on the local young brides. The battle to overthrow him is represented with a 3-day-fight between factions in which more then 400 tonnes of oranges are thrown. During the celebrations, food stalls, bands playing music, and parades are also present, giving it a typical Medieval atmosphere. . 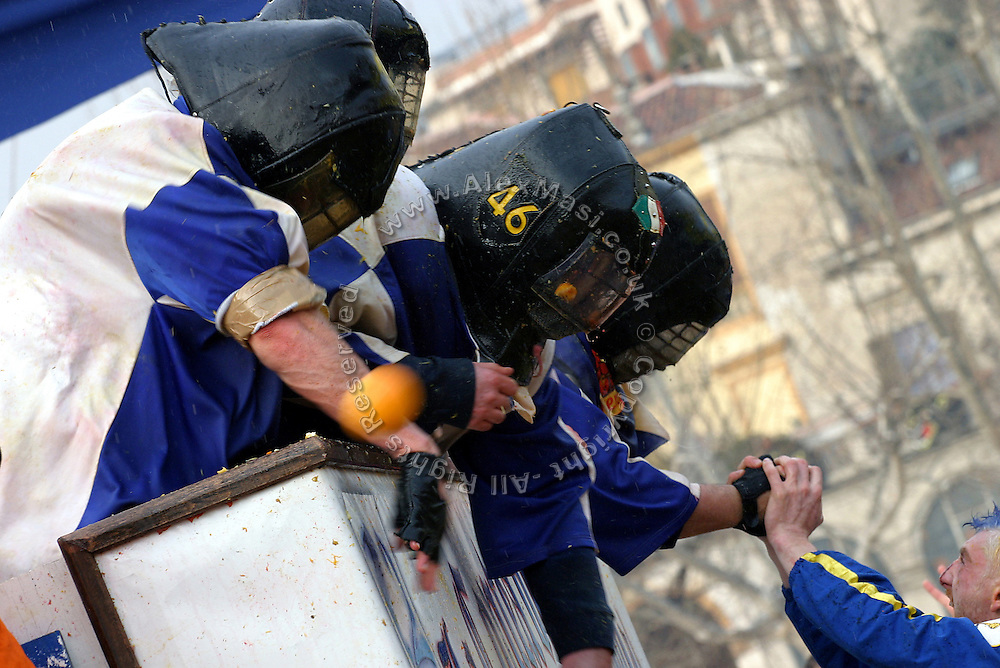